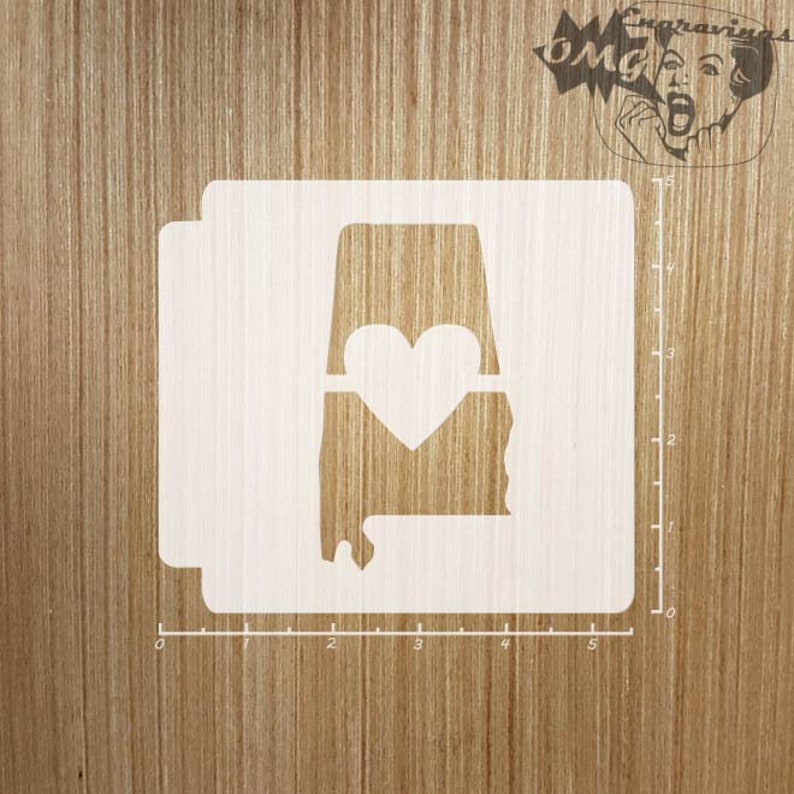 OMG STENCILS! Use these to add some flare to your scrumptious designs whether it#39;s for airbrushing, tracing a design, or simply dusting powdered sugar onto its surface.

These stencils are just what you need. They are made from 10mil (0.01 inches thick) Mylar. This material is thin, flexible, food safe and easy to use. We create these unique designs with a laser that cuts out your favorite design with speed and precision.

The sizes listed for purchase are based on the longest side of the design. The example displayed is our 4 inch size. Please use the grid to help determine the size you require as all sizes are proportionate. The stencil itself will measure at least ½ an inch longer than the design on each side.

These items are NOT to be placed in the dishwasher and should only be rinsed with COLD WATER. To prolong the life expectancy of your stencil, be sure to keep it away from heat (including sunlight) and be sure to dry these items entirely after washing to avoid warping.

Orders under 50 items will typically ship within 24-72 hours from purchase. NOTE: We do NOT guarantee any ship times. Please contact us for more information on ship times.